Weizmann is thrilled once again to host a free, interfaith children’s concert honoring the memory of Daniel Pearl.

Daniel Pearl was an accomplished journalist, ultimately holding the position of South Asia Bureau Chief for The Wall Street Journal.  Pearl was murdered by Pakistani terrorists in early 2002.  Throughout his life, Daniel Pearl was passionate about music, and was a talented violinist.  In late 2002, Daniel’s family invited people everywhere to dedicate a musical event to Daniel’s memory.  Since that time, the event -- Daniel Pearl World Music Days – has grown to include over 13,000 events in 140 countries.

Each year since 2004, Weizmann Day School (a Jewish school) has teamed up with New Horizon (an Islamic school) and St. Marks (a Christian school) to perform songs of peace in Daniel Pearl's memory.  The concert is free and it is open to the community.  This year's concert is scheduled for 11:00 a.m. on October 24, 2019 at Pasadena Jewish Temple & Center.  Please make it a point to join us for this year’s concert! 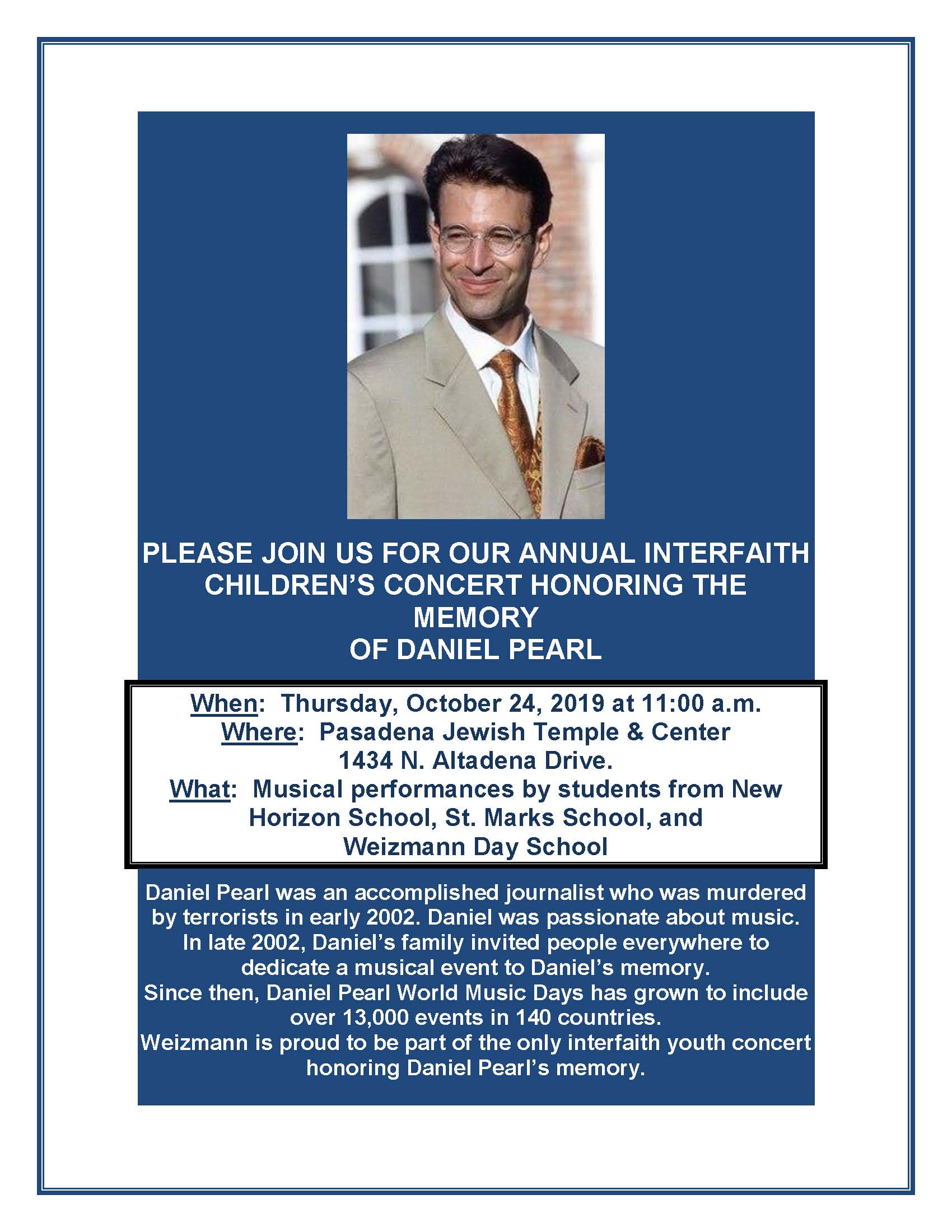