In Nazi-occupied Holland in World War II, shopkeeper Kraler hides two Jewish families in his attic. Young Anne Frank keeps a diary of everyday life for the Franks and the Van Daans, chronicling the Nazi threat as well as family dynamics. A romance with Peter Van Daan causes jealousy between Anne and her sister, Margot. Over many more months, Anne and Peter’s young teenage friendship begins to blossom. They talk of all sorts of things, and they share their first kiss. Yet, tensions, in general, are growing in the cramped quarters. The families learn from Miep that the Allied invasion of the European continent has begun, and they are hopeful that they may soon come out of hiding. However, only a few weeks later, the Nazis arrive to take them away. Anne writes the last entry in her diary on August 1, 1944.

This play will be read by actors of the Jewish Federation’s JFed Players and is being performed in partnership with the National Jewish Theater Foundation Remembrance Readings.

Pasadena Playhouse is proud to participate in the 2020 6th annual National Jewish Theater Foundation Holocaust Theater International Initiative – Remembrance Readings. This play reading commemorates International Holocaust Remembrance Day January 27th and the week of Yom HaShoah (Holocaust Remembrance Day) May 1-2  and honors the victims and survivors of the Holocaust. Our collective goal is to keep alive their memories, stories, and must-never-be-forgotten lessons. May the power of live theater serve as a moral compass for future generations. 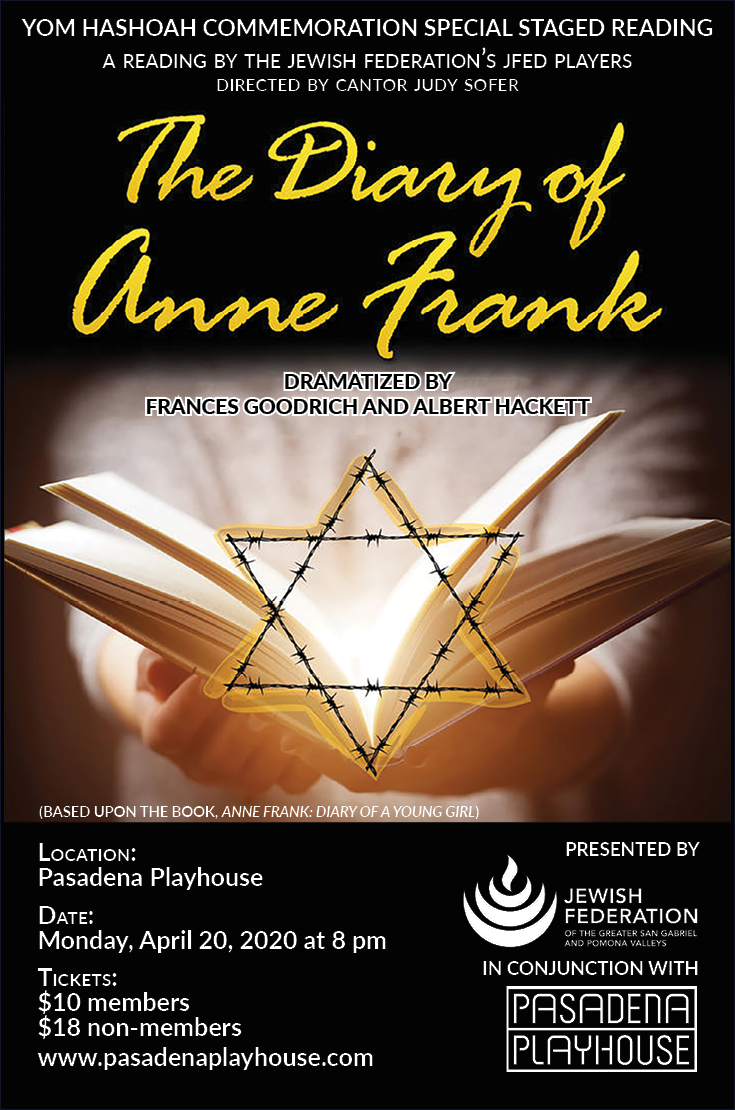