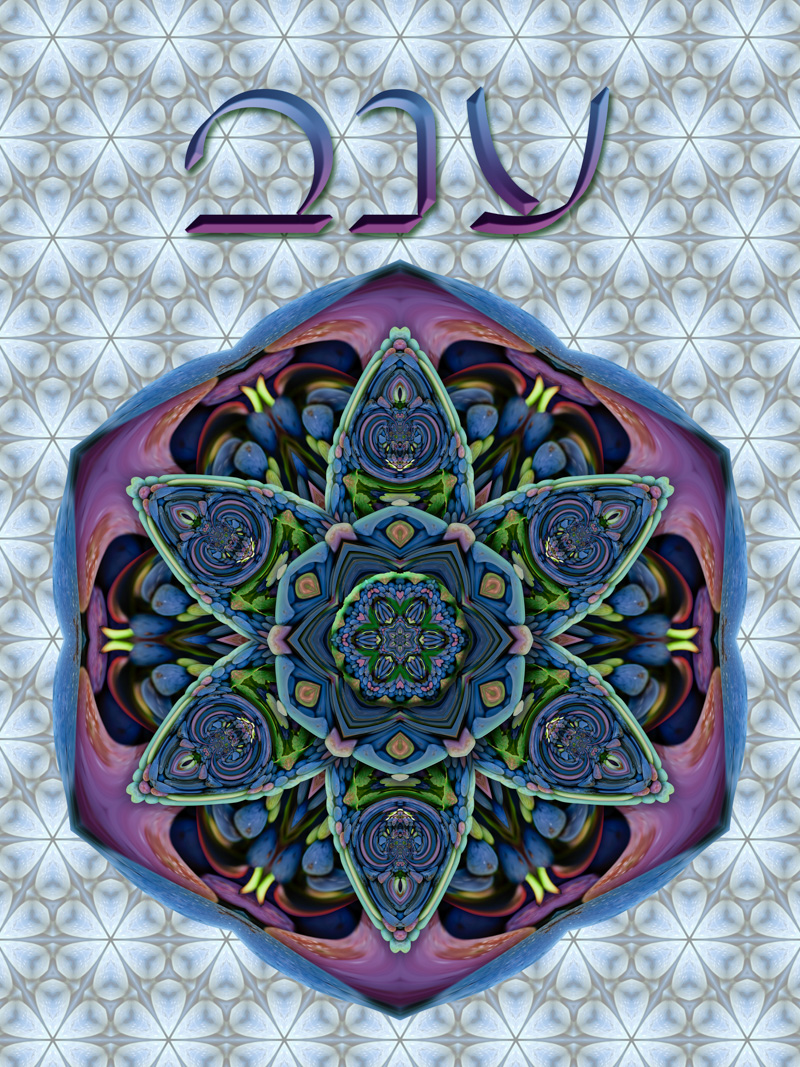 Photographer and digital artist Karen Hochman Brown celebrates The Seven Species of fruits and grains named in the Torah (Deuteronomy 8:8). These are celebrated as the main produce of the land of Israel. These are wheat and barley (grains), fig and pomegranate (fruit), date (honey), olive (oil) and grape (wine).

“My series, The Seven Species evolved to its current form after I was approached by the Jewish Federation of the San Gabriel and Pomona Valleys to provide artwork for a set of greeting cards. I had already created a series of the seven species that I chose to adapt into a more graphic format by including Hebrew lettering to identify each piece.”

In this series, Hochman Brown highlights the Jewish content by using six-sided reflections take the form of the Magen David (Star of David). The backgrounds are also six-sided tessellations creating a fabric-like foundation.

Characteristic of her process, Hochman Brown uses a single photograph of nature as the subject and the source of each piece. She manipulates and reflects the photograph using graphic-synthesizer software, creating many iterations of kaleidoscope-like images. Using a fine sense of balance and symmetry, the artist arranges and shades the layers.