EVERY PERSON HAS A NAME

“He who does not learn from history is doomed to repeat it.” - George Santayana

The Jewish Federation of the Greater San Gabriel and Pomona Valleys invites you to join us for Every Person Has a Name in observance of United Nations International Holocaust Remembrance Day.

The program will once again be held at  Pasadena City Hall and will be streamed virtually. This year’s event will honor the 80th anniversary of the Babi Yar* massacre and will include a commemoration ceremony, immediately followed by reading the names of those who were killed at Babi Yar.

Join us in-person or attend virtually.

*Babi Yar was the site of one of the largest massacres of World War II. In a two-day period, over 34,000 Jews were rounded up, shot, and killed by SS and German police units. 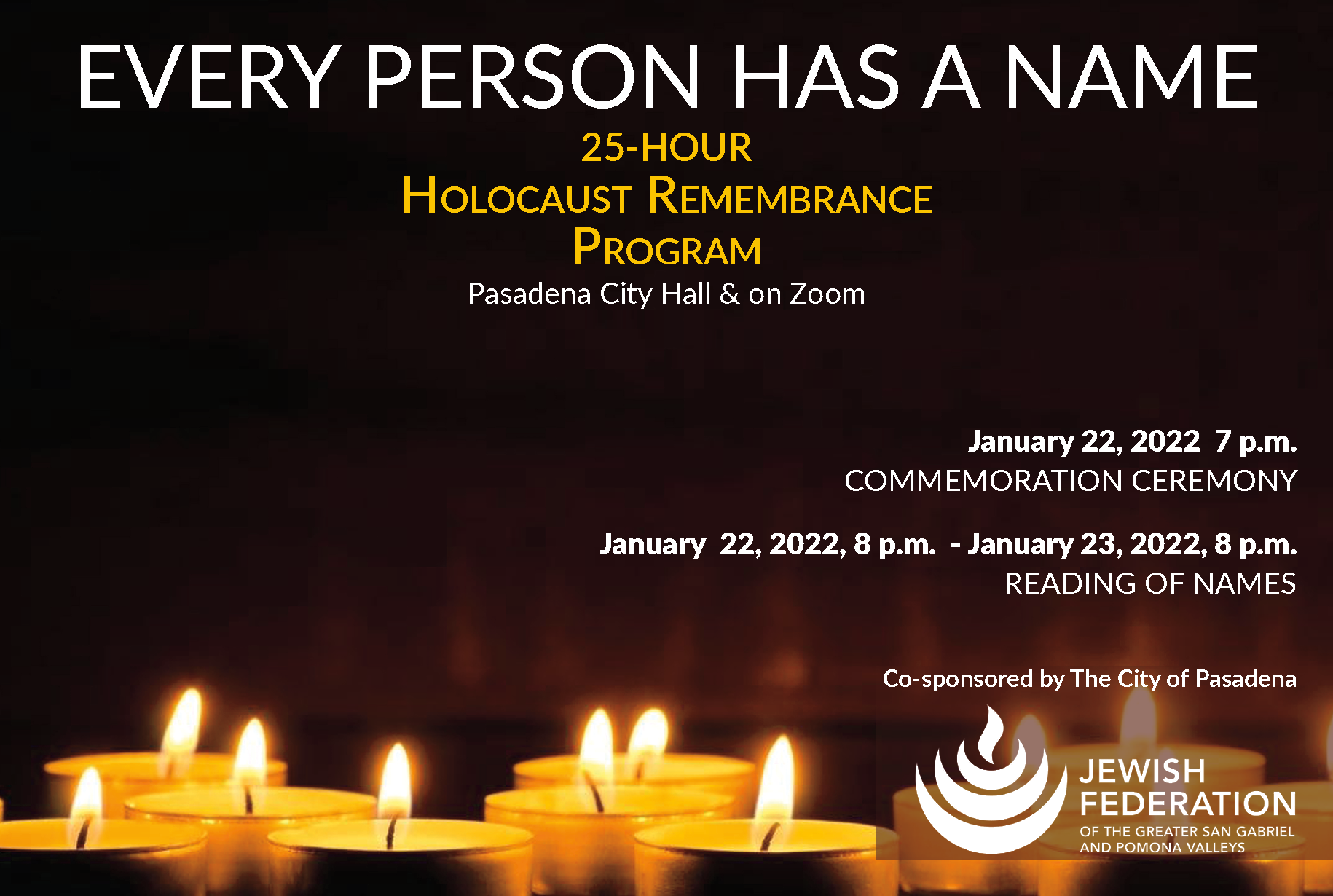