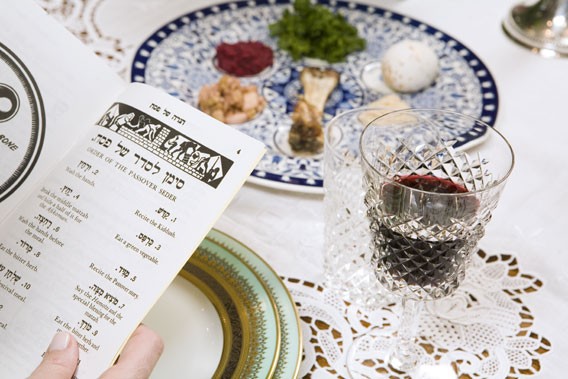 This piyut (liturgical poem), recited near the end of the Passover Seder, recounts the myriad events and wondrous feats accomplished on this night throughout our history. It is no coincidence that the Master Story of our people—the Exodus—took place “in the middle of the night.” The Rambam (Maimonides), the great medieval Sephardic philosopher, referred to the night of the Seder as containing “magnetism and sanctity.”

This is an intrinsically Jewish strategy; it is less about the dark of night and more about perceiving the light that breaks through. The medium of darkness is a metaphor for the essential, life-saving, painstaking, and otherwise critical work that gets done behind the scenes. It is important to recognize that it is precisely this work that brings transformative light to our community and, ultimately, to our world.

There is a lot going on behind the scenes in today’s global Jewish community to bring light into the lives of people in need. Each challenge is a sacred opportunity for us to repair the shattered fragments of our world, to fulfill our mission of caring for one another. As the late Leonard Cohen wrote, “There is a crack in everything; that’s how the light gets in.”

Nothing epitomizes this more than the situation today in Ukraine. What started as a political crisis in November 2013 has evolved into armed conflict and near-humanitarian catastrophe in eastern Ukraine. As social and economic conditions in the country continue to deteriorate, every aspect of daily life is affected.

And so, as is our mission, we are working together with our partners—the American Jewish Joint Distribution Committee (JDC), The Jewish Agency for Israel, and others—to care for our family in Ukraine. Much of this work takes place behind the scenes, where we can be more effective on a personal, human level. It is critical, nonetheless, that we understand what is taking place to help the “light get in.”

Our system’s work in Ukraine addresses real and immediate human needs, from assistance for internally displaced people to Jewish continuity and communal programming to ongoing homecare and Hesed services.

Much of our work to repair the world necessarily takes place out of public view. This is the unique power of community in a vast network that touches more Jewish lives than any other entity on the planet. That’s why, when we peer into the darkness, we only see the cracks of light shining through; it’s there in every random act of kindness, every family rescued, every spiritual awakening. Every time a Hesed worker is out there on the job, risking danger to help bring dignity and security to another human being. Every time we see our fellow Jews' plight as that of our own, and strive to repair a broken world.

B'chatzi halayla. Especially in the midst of darkness, our light gets in.

Wishing everyone a zissen Pesach.