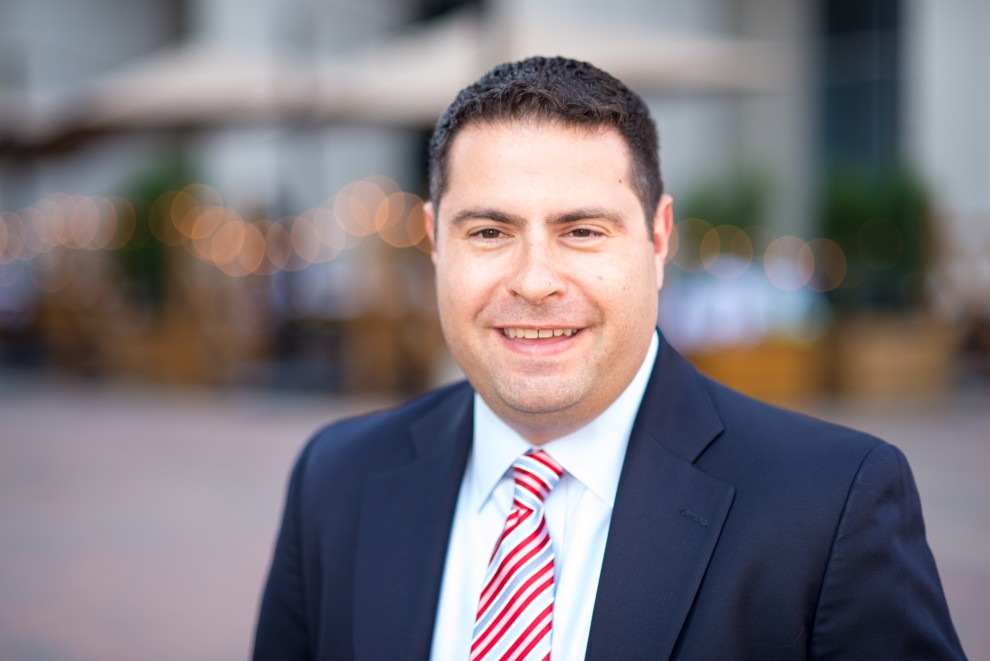 “Raising people by strengthening their individual Jewish identities [and] linking their hearts and souls to the land of Israel and the worldwide people of Israel … is the central purpose of the Young Leadership Cabinet. As the work continues…the effort to preserve the Jewish future in North America will be considerably fortified.” – Rabbi Herbert A. Friedman, 1963

National Young Leadership Cabinet of the Jewish Federations of North America is thrilled to announce that Matthew Berger has won the Rabbi Herbert A. Friedman Cabinet Service Award. Named for Cabinet’s visionary founder, the award honors a Cabinet member who exemplifies Cabinet’s values of leadership, humility, authenticity, and integrity, and serves as a role model and inspiration to other young leaders. Matthew represents the Jewish Federation of Greater Washington.

“Cabinet has been an incredibly meaningful experience for me, as it gave me the opportunity to build relationships with other young leaders from across North America to work together to build and sustain strong Jewish communities,” Matthew said. “I am incredibly proud to have worked to grow Cabinet's commitment to diversity, equity and inclusion, and to expand Cabinet's efforts to address antisemitism on campus and in our communities. My Cabinet experience has truly helped shape the Jewish leader that I want to be in the years to come.”

Matthew is the Executive Director of the Foundation to Combat Antisemitism, an organization founded by New England Patriots owner and philanthropist Robert Kraft. Before taking on this role, Matthew worked at Hillel International for seven years, first as VP of Communications and then as VP for External Affairs and Campus Preparedness.  In this role, he oversaw programs that address antisemitism, anti-Israel activity, and security concerns on college campuses around the globe.

Matthew holds a master’s degree in national security policy and a bachelor’s degree in political communications from the George Washington University in Washington, D.C. He is a former board member of the National Lesbian and Gay Journalists Association and is active with the Jewish Federation of Greater Washington.

Award founder and past Co-Chair of National Young Leadership Cabinet, Ari Ackerman, said, “Matt Berger is a mensch! He leads with thoughtfulness, dedication and integrity and the example he sets is an inspiration to all ‘Chevre.’  He is truly the perfect representative for this award.”

Rabbi David Kessel, Associate Vice President of Young Leadership for Jewish Federations, added, “Matthew has worked with great passion and focus to build a culture of belonging in Cabinet.  With Matthew’s active involvement, Cabinet launched its first-ever Inclusion Task Force and LGBTQ+ affinity.  He taught all of us how to show up as our authentic selves and to lead with empathy, understanding, and a compelling vision for the future.  He is a leader who changed Cabinet for the better, and for that, we are deeply grateful and proud.”

Now in its 59th year, Cabinet is a pillar of Jewish Federations’ vision to build flourishing Jewish communities - ones that are healthy, safe, caring, welcoming and inclusive, educated and engaged, involved in our broader communities, and deeply connected to Israel and global Jewry.  Last year, Cabinet members raised over $3.6 million as part of Jewish Federations’ annual campaign.