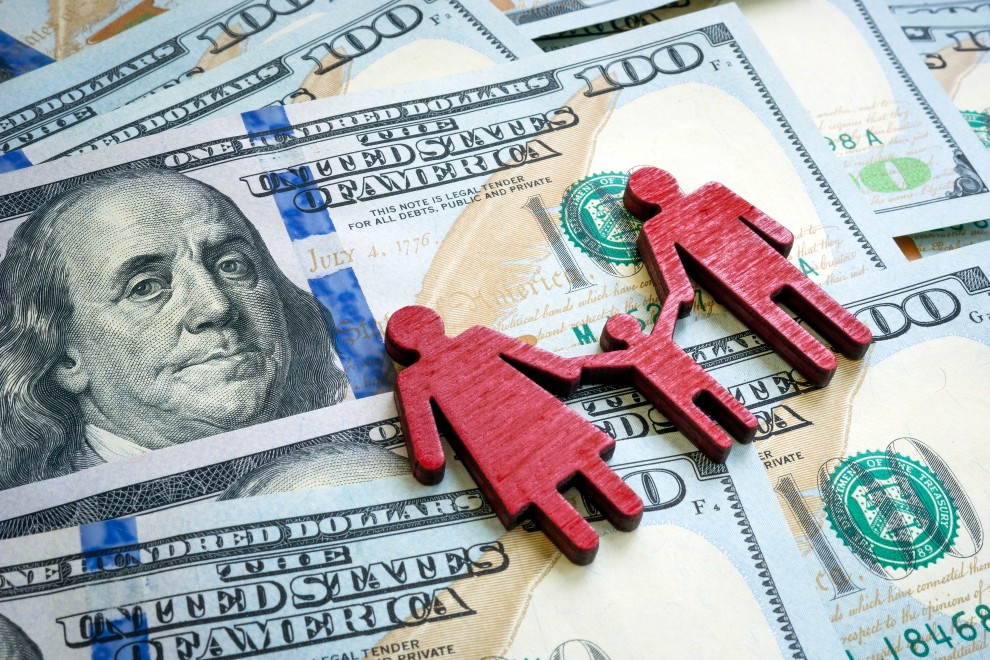 Jewish Federations of North America are urging both the House and Senate to revive the expanded Child Tax Credit, an effective bipartisan, poverty-fighting program that lapsed last December. Last month, Democratic Members of Congress sent a letter to Senate Majority Leader Chuck Schumer and House Leader Nancy Pelosi asking them to reinstate the monthly refundable child tax credit, as well as the expanded earned income tax credit, by no later than the end of the year.

Although it may not be widely known, poverty is a major, ongoing problem in Jewish communities nationwide. According to the Pew Research Center's 2020 survey of Jewish Americans, 26% of all US Jews – including 55% of those who earn less than $50,000 per year – reported that, in the year prior to taking the survey, it was a challenge for them to afford medical care, rent or mortgage, food, or other bills or debts. This situation has been exacerbated by the precipitous rise in inflation in our country.

A recent Jewish Federations survey focusing on Jews in poverty, which was funded by the Harry and Jeanette Weinberg Foundation, found that single parents are the most likely to experience financial vulnerability, although 13% of all families struggled to pay at least one essential expense over the last three years.

Additionally, one in three Holocaust survivors in the US lives in poverty, and one in four people with disabilities (of all backgrounds) lives in poverty. Jewish Federations are thus committed to both the Holocaust Survivor Assistance Program, which cares for all older adults with a history of trauma, and to advocating for the ABLE Age Adjustment Act, which would allow tax-free savings accounts for those who become disabled before their 47th birthday.

Those are just a few of the reasons Jewish Federations are at the forefront of interfaith advocacy efforts to reauthorize the enhanced Child Tax Credit, which had a significant impact on alleviating poverty for all communities. At a Faith Community Economic Impact Briefing hosted by the White House earlier this month, Jewish Federations Associate Vice President for Public Affairs and Government Relations Darcy Hirsh reiterated their commitment to reinstating this policy, which studies showed, slashed child poverty by almost a third and reduced food insecurity by more than a quarter.

This expansion lifted 5.3 million people, including more than 2.9 million children, out of poverty. It was also fully refundable, meaning families with low or no reported income could still receive the full credit in the form of a tax refund.

Just a month after the program ended, however, there were 3.7 million more children in poverty, with Latinx children suffering the most.

Together with our interfaith partners and in collaboration with the White House, we have reached out to faith communities to ensure that all families learned about the credit and could claim it. In our efforts to reach every eligible family, we ensured that notices were translated into multiple languages, including Yiddish. We worked with Jewish Family Service Agencies and other partners around the country to pack educational information in food bags at food pantries; printed signs at synagogues, mosques, and churches; and placed flyers in school backpacks.

Our efforts didn’t stop there.

As part of our involvement in the recent White House Conference on Food, Nutrition, and Health, we convinced the White House to include major Jewish Federation priorities from home-delivered meals to an increase in kosher and halal emergency food options in the National Hunger Strategy, making nutritious meals available to all.

As mentioned above, we are also working assiduously to pass the ABLE Age Adjustment Act, which would enable six million additional Americans, including one million veterans, to save for future disability-related expenses--costly therapies, medical equipment, and so on.

This is particularly important because more than a quarter of all US adults–61 million, in total–have a disability, and 1.7 million adults ages 25 to 64 lack bank accounts. Given that many people with disabilities are unable to take part in their employers’ retirement plans because doing so can jeopardize means-tested benefits eligibility, an ABLE account may serve as a much-needed retirement account for these employees.

We will continue to build coalitions to advocate for an expanded Child Tax Credit, ABLE Act, and other critical programs to promote economic security for all Americans.