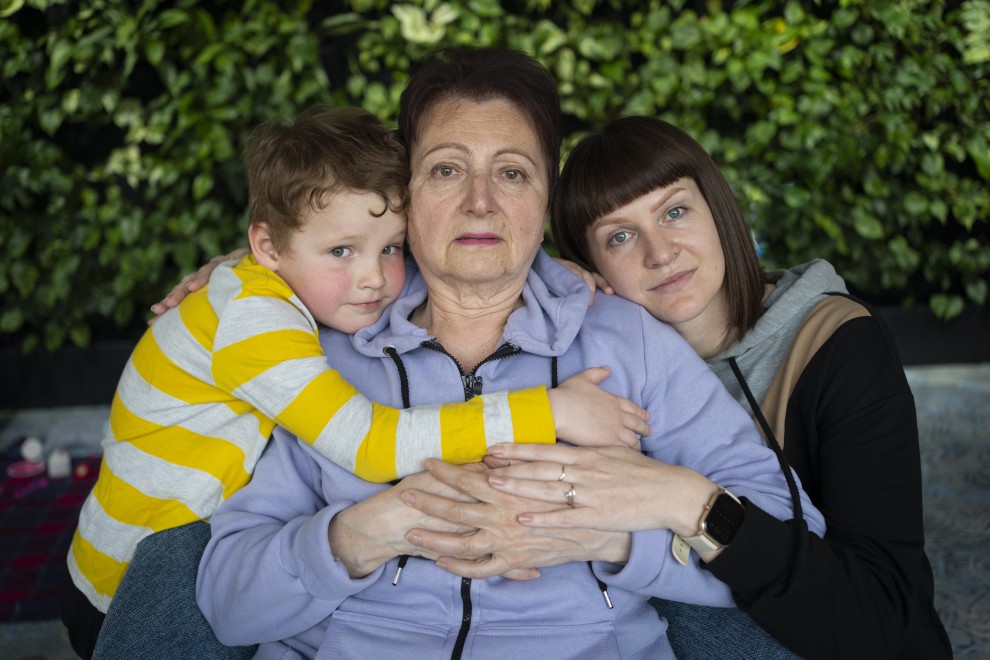 Building on their long history of refugee resettlement, Jewish Federations of North America are proud to announce the launch of the Ukrainian Resettlement Grant Initiative to support refugees seeking safety in the U.S.

“The Jewish people have been refugees in so many countries, yet we have been blessed with freedom and protection in the United States,” said Eric Fingerhut, President and CEO of Jewish Federations of North America. “Supporting refugees and vulnerable populations is a Jewish value and we see it as both our duty and privilege to lend a hand to our neighbors in need, regardless of their faith or background.”

As part of this initiative, Jewish Federations of North America will provide matching grants to local Jewish Federations to build capacity within social service organizations to support displaced Ukrainians in their communities.  Funds will help support the establishment of volunteer circles, a resettlement model in which local agencies partner with volunteers to help a refugee or family get situated in their new community. Volunteer circles may offer help with finding and furnishing housing, job searching, enrolling children in school, language help and assistance with paperwork and accessing benefits, as well as cash assistance and additional forms of support.

The first grants totaling half-a-million dollars will be allocated to ten Federations, with matching funds provided by a group of philanthropists led by the Shapiro Foundation and the Combined Jewish Philanthropies, Boston’s Jewish Federation.

Jewish Federations of North America partnered with the Shapiro Foundation earlier this year to help communities in their efforts to resettle Afghan refugees, based on this same model of volunteer circles. The initiative supported Afghan resettlement in 15 communities across 12 states. The U.S. is expected to absorb 180,000 refugees from Ukraine, including some who were temporarily in the country before the war broke out.

“Five years ago, our family had the opportunity to welcome Syrian refugees to Boston as part of a new co-sponsorship project with Jewish Family Services of Metrowest, eight Boston-area synagogues, and HIAS” said Shapiro Foundation trustee Ed Shapiro. “Our relationship with those families remains a gift and it’s our sincere honor to support other communities which will benefit immensely from the gift of welcoming newcomers, while fulfilling mitzvot and helping America fulfill its duty to our allies."

“We are able to leverage our expertise and long history of supporting refugees from the former Soviet Union and more recently those evacuated from Afghanistan to help Jewish communities support Ukrainian refugees seeking safety,” added Darcy Hirsh, Managing Director of Public Affairs at Jewish Federations of North America. “We are especially grateful to the Shapiro Foundation for their partnership in this initiative, to provide our communities with the proper resources, tools and support to be able to open their doors to those in need.”

Jewish Federations of North America are at the forefront of the Jewish community’s response to the refugee crisis.  In addition to resettlement efforts and advocacy, Jewish Federations have collectively raised $72 million for humanitarian aid since the fighting broke out in Ukraine.