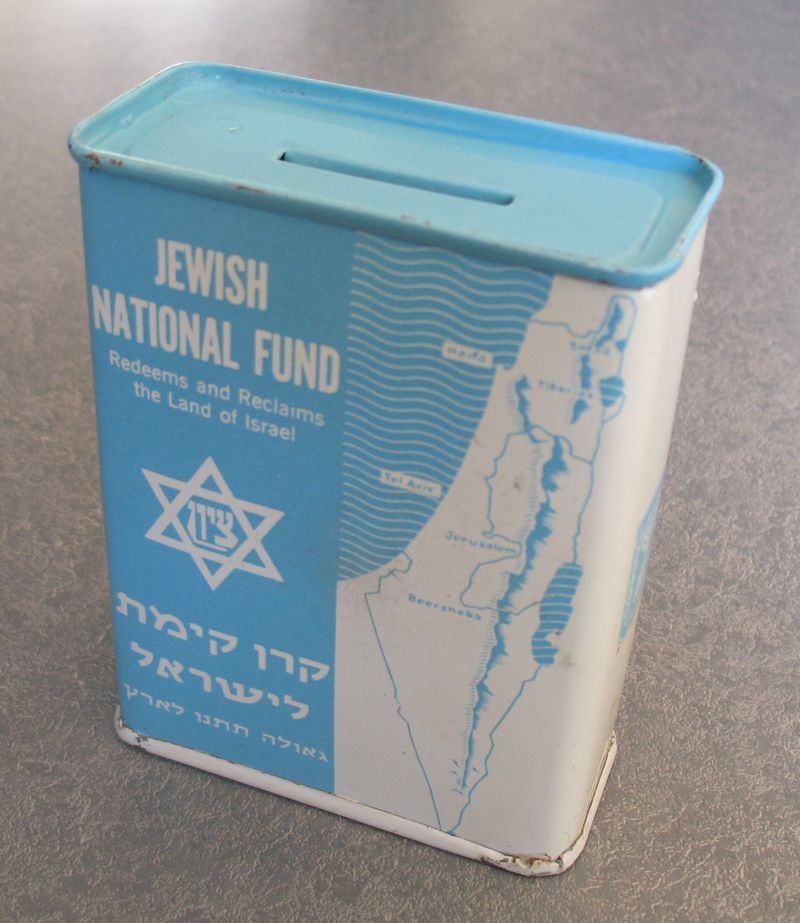 It’s more than just the coins we collect in a blue box.

A couple of years ago I was having breakfast with a donor. During our conversation, we were discussing the Jewish community as a whole and he expressed his belief that until Jews start learning what tzedakah is really about, how it is more like philanthropy than the “loose change that gets thrown into a tzedakah box,” Jewish organizations will never be able to grow. When you hear or read the word tzedakah, what do you picture? I have a feeling, like many of us, you picture the blue box from Jewish National Fund. In fact, many of you probably still have one on a shelf. This pushke (a Yiddish word that means tin can) was where we collected our coins to donate to support tree planting in Israel or other Jewish causes. And like me, growing up, you probably were given a dime or quarter to take to Sunday School as tzedakah. Sadly, based on this model, many of us were not taught the real idea of tzedakah or the deeper meaning as to why according to Judaism we are to give. While the Torah typically addressed the idea of tzedakah in agrarian terms (i.e. leaving the corners of your field unharvested so the poor could take what they needed), our Sages, over time, expanded on this concept. According to our tradition, we are required to give to the poor of our community. Even the poor are commanded to give.

Think about the last time you donated to a cause or organization you believe in and the feeling you had inside, knowing you were making a difference. Our rabbis believed that it is imperative that the poor also have the same opportunity to perform the mitzvah of tzedakah. It is for that reason that everyone has the opportunity and obligation to give tzedakah. Now the amount we are “required” to give is 10%, but I am not sure many of us feel like we can give that much of our annual income. However, I believe that the reason that percentage was established is because that is a significant gift a person can give to the community. These significant gifts can and do make a real difference in the lives of a community. It is important to note that the Talmud also warns us against giving more than a fifth of one’s income because by doing so, we could be in danger of ourselves ending up being in a position to need tzedakah.

Therefore, if we are to truly perform the mitzvah of tzedakah, we need to re-educate ourselves and our children, about why the rabbis and our tradition established the 10% requirement and understand that it is philanthropy. And, more importantly, that anyone can be a philanthropist. After all… it takes a lot of coins and time, to fill those little blue

boxes up and then what do you do with them?