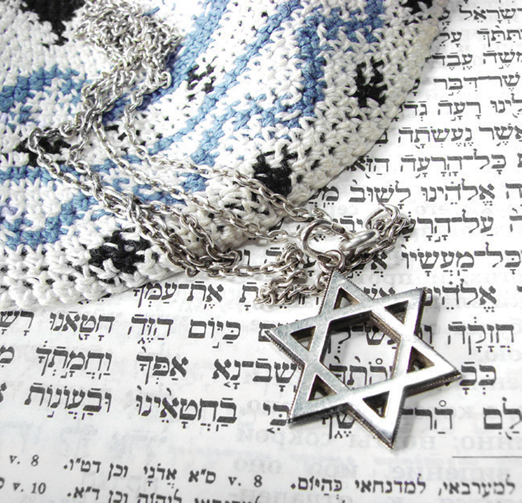 Events like the Temple’s destruction, the Spanish Inquisition, and the Holocaust have changed the course of Jewish history. While not as earth-shattering, the recent American Jews in 2020 survey from the Pew Research Center, as well as its 2013 Portrait of American Jews, will reshape the future of Judaism.

These surveys have forced Jewish organizations to rethink how they engage with the larger Jewish community because each presented a surprising and alarming snapshot of what today’s Jewish Americans value and how they choose to connect with and express their Judaism.

Below are what I believe to be the four most important and significant findings:

1. People are engaging Judaism differently than ever before

For a long time, Jews often perceived the only way to be a part of the Jewish community was to join a synagogue, belong to a Jewish Community Center, attend services or community events. But, this is no longer how most people are feeling connected to Judaism. Synagogue affiliation has been declining for many years, and yet, Jewish affiliation has significantly risen. People are now engaging in Judaism through every day experiences like eating Jewish food, reading Jewish literature, and watching Jewish or Israeli-themed TV shows or movies.

Rather than brush this aside because they are not engaging the way we feel they should, we need to recognize this shift, adapt to this “new form” of Jewish expression, and most importantly, appreciate and value the fact that they are engaging because it is a very big deal! And, our communities need to be ready to respond when they are ready to increase their level of engagement.

Because of this fact, we need to learn from the experiences “Jews of Color” (or the more encompassing term “ethnically and racially diverse Jews”) have had. Many have been made to feel like “the other”, not “authentic” Jews, and even questioned about their Jewishness. For a people that have a long history of persecution, we seem to have a knack for alienating and making fellow Jews feel “less than” instead of a part of our Jewish community.

Based on their experiences, we need to do a much better job making ALL JEWS feel more welcome and comfortable. We need to remove or lessen, any barriers that may stand in their way. As an example, we need to be careful with the language we use and remember that not everyone we are communicating with understands our Hebrew or Yiddish “slang”. By being cognizant of this and aware of how our words and actions can, and do, impact our fellow Jews’ experiences, the more we can do to make sure we are a welcoming and inclusive community.

3. Antisemitism and hate are on the rise

It is clear American Jews are feeling less safe than we did five years ago because of this rise in hatred. Thankfully, the effect on participation in Jewish activities appears to be relatively small but it does not lessen its impact.

And, for the most part, our local community has not really had to do deal with this, at least that I am aware of. However, this undercurrent of hatred towards “the other” in our society is still there. In order to eradicate it, we need EVERYONE to start calling it out and hold people accountable when they remain silent.

Unfortunately, this Jew-hatred doesn’t really go away especially because of our perceived direct ties to Israel. Because when situations arise in Israel, there is a significant uptick of antisemitism.

4. Israel is still important, and receives strong support, from the older generations. However, younger generations are not as tied to Israel and are more critical of Israel.

The time when Jews universally accepted and supported Israel is nearing its end and we need to face this reality. While a large majority of U.S. Jews (82%) say caring about Israel is either “essential” or “important” to what being Jewish means to them, these figures do not tell the whole story because the younger generation of Jews is not tied to Israel like their parents or grandparents. This is even after efforts have been made through programs like Birthright Israel.

The younger generation of American Jews has become more critical of Israel due in large part to past Israeli policies and handling of situations, including those of the past Israeli administration. And their support, especially college- aged, of the Boycott, Divestment, and Sanctions (BDS) movement is growing. This is a significant challenge that must be addressed immediately.

It is still too early to know where all this leaves us. But I can assure you that the leaders of the American Jewish community, including myself, are taking this information to heart and have already begun to tackle these and other issues like we always have. It is just going to take some time, so please be patient. I am excited and looking forward to using this information to continue to engage our community in a variety of ways to help all of us connect with and celebrate Judaism.