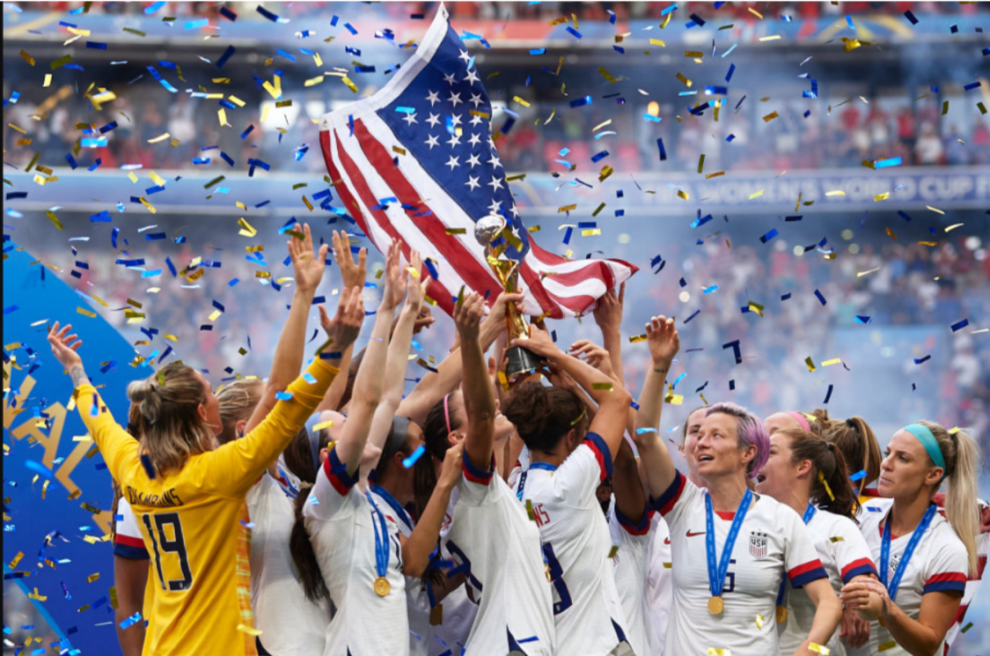 Standing together during challanging times

As I sat and watched the US Women’s National Team compete and win the 2019 Women’s World Cup, I was once again struck by the unifying force sports can have when nations come together and compete against each other. Competitions like the World Cup or the Olympics bring people together under their respective nation’s flag as a sign of solidarity. There is a sense of nationalistic pride that people feel, even if they normally do not watch the sport being played.

Unfortunately, what tends to happen is that unifying force begins to wane and we fall back into our separate “camps.” I feel like we tend to forget that we are the United States… “one nation, under God.” Because right now it feels more like we have become the Divided States.

In my mind, rather than focusing on what has caused this division, it is important to figure out how we can fix this issue.

Before I delve any further into this, I want to remind everyone that the Jewish Federation is an apolitical organization and we understand our role as the voice for the local Jewish community. As the Executive Director, I take this role very seriously. I assure you that we will not weigh in on politics of any kind nor will we endorse or take a side on an issue or a politician because we know that we cannot speak on behalf of the entire Jewish community.

Some people have said that once we have a new president, everything will be fixed. However, it is very naïve to think this way, especially since this idea has been around for a long time and on “both sides of the aisle”. People have become more entrenched in what they believe and in many cases have stopped being able to listen to one another. It is that lack of listening to an opposing view and not have it turn into a yelling match that needs to be changed.

It is important to remember that people have different views of how to solve a problem… even if it is different than ours. Rather than take the time to learn and understand, we shut our ears and push away the very possibility that what they have to say might have some merit.

In my opinion, what has gotten in the way is that it has become more about who can shout the loudest or who gets seen. It has become more about who to blame than working together to solve the problem. We have come to expect a demonization mentality… an either it is this way (the right way) or that way (the wrong way). There is no gray area. It was the great sage… Tevya, when questioned about how is it possible that two people can both be right, he says, “You know, you are also right.” People forget that sometimes there can be more than one correct answer.

I implore all of us to keep this idea in mind in the days, weeks and months ahead as we get deeper and deeper into the political season leading up to the 2020 Elections.

I hope you keep the imagery of people, with the stars and stripes painted on their faces or the USA’s colors featured prominently on their clothing, standing arm and arm in celebration of athletes, representing our country… the United States of America. If you forget…don’t worry, the Summer Olympics will begin on July 24, 2020 and will serve as another reminder.