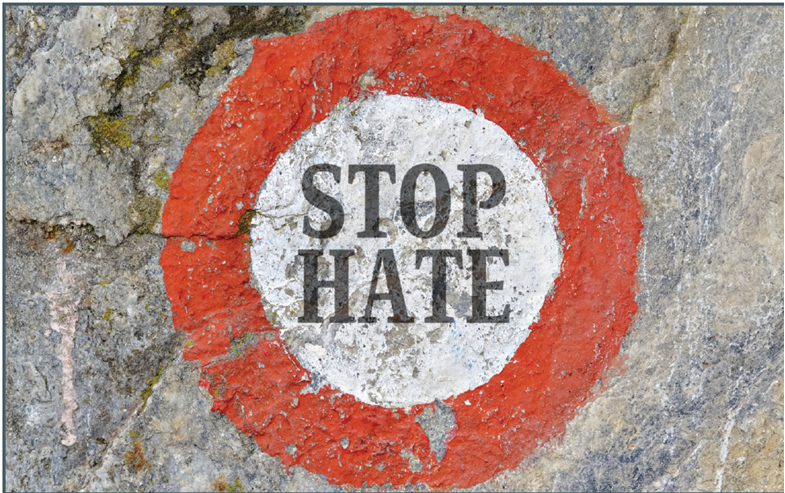 I have often wondered if I would be able to handle the challenges people faced in the past and how would they handle today’s? It sometimes feels like, with all we have to deal with today, life must have been much simpler back then in comparison to today.

Things even felt simpler ten… fifteen years ago. There did not seem to be as much strife in the world. I know that there were incidents and situations that arose, but at the moment, they felt isolated and more like an anomaly than the norm. I think we can all admit that what we are facing today is a lot to deal with. The unanswered question though seems to be what can we do to bring about the changes we want to see and make them stop from happening daily.

Take for instance the dramatic increase of antisemitism that we are currently witnessing. Considered by many to be the oldest form of hate, antisemitism has been around for centuries. As Abe Foxman, the former National Director of the ADL, once stated, “Antisemitism is a virus without an antidote or a vaccine. It serves so many masters for so many reasons.” And yet, there have been times in history where it was not as noticeable or as frequently reported on.

At one time, there was hope that antisemitism would fade away. In 1884, the first edition of the Oxford English Dictionary even excluded “anti-Semitism” because it was thought that the word would have a very short shelf life. As we know… this did not happen. In fact, many people are comparing this significant increase to the 1930’s.

What is important to remember is that this hatred does not happen in a vacuum… hate of all kinds is on the rise. While people may debate and focus on what has triggered this, what we are witnessing and experiencing is people blaming others for their misfortune and people now just feeling more comfortable to act upon their fear of “the other.” However, instead of putting all energy and thought into what has caused this, we as a people, not just Jews, but every human being, needs to look at ways that we can help those who are experiencing it. For them, this is personal and is impacting their lives. And the they I am referring to is not only Jews, but others who are being have hateful acts perpetrated on them – either physical or verbal.

So, what can we do… better yet… what MUST we do?

We need people to stand up and speak out against the hatred, all kinds of hatred…especially those who are not the targeted group. For the most part Jews have done this and continue to do it. We saw it during the 1950s and 1960s Civil Rights Movement, we saw it last summer during the protests, and most recently this spring when as a community we expressed that we stand with the AAPI community.

Now is the time for us to ask and expect those groups to stand up and with us as we are confronted by this unbelievable increase in antisemitism. We need them to recognize and understand that hatred against one is hatred against all. We need everyone to call it out for what it is and demand that it to stop.  And we need people to have the courage like Pastor Martin Niemöller, a German and Lutheran Pastor, who famously wrote:

In essence, everyone needs to step up when they see injustice. As it states in Pirkei Avot 2:16 “It is not your responsibility to finish the work, but you are not free to desist from it either. While our single act may not change the situation, it may (and does) lead to others joining. And together… our actions can make a lasting impact.

Keep this idea in mind and encourage everyone to do our part. It won’t eradicate the problem today, but it will help those being inflicted tomorrow by knowing they are not alone.