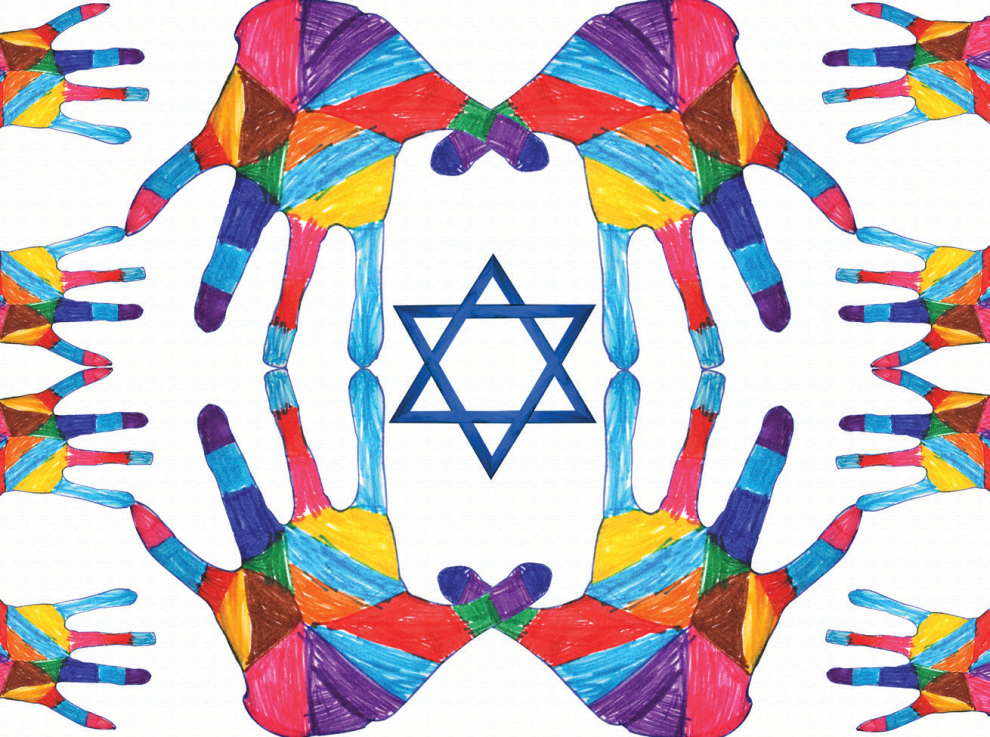 What Does it Mean to be Jewish?

inclusivity /ˌinklo͞oˈsivədē/ def: the practice or policy of providing equal access to opportunities and resources for people who might otherwise be excluded or marginalized, such as those having physical or mental disabilities or belonging to other minority groups.

Inclusivity. It is the idea that people should be recognized or identified for “who” they are, rather than “what” they are. And, most importantly, they deserve to be included with the same rights as everyone else.

It is a basic, fundamental idea of being accepted that people have yearned and fought for longer than anyone can truly remember.

And yet, people have protested or put up roadblocks preventing this from happening because they a) are scared by this “group”; b) it goes against what they believe is “right”; or c) they feel it would make them “less-than” or somehow lower their status, in some way, to be including others.

Jewish tradition reminds us of this importance. In her 2016 High Holiday sermon, Rabbi Lisa Rubin of Central Synagogue (New York) shared the following:

Welcoming the stranger is one of Judaism’s most time-honored virtues. Our tradition supports – in fact, commands us – to be a welcoming, warm, open, and inclusive people. Our literature is filled with references to these values and the people who displayed them. The commandment to be hospitable appears in the Torah 36 times – more than any other commandment. And, welcoming guests is one of the few mitzvot described in the Talmud for which we receive the rewards in both this world and the world to come.

If this is such an important part of our heritage, while we are facing an unprecedented rise in antisemitism and hatred, at levels not seen for over 70 years, why have Jews continued to demean and marginalize other Jews? Shouldn’t we be more welcoming to those who are interested in becoming part of our community?

Please know I am not talking about Jews in our community. I am actually referring to a landmark Israeli Supreme Court decision, made last month, ruling that people who convert to Judaism through the Reform and Conservative movements in Israel are also Jewish and entitled to become citizens.

This has been an ongoing struggle within Israel with the Orthodox and ultra-Orthodox community not accepting or even recognizing non-Orthodox Jews as Jewish.

While I by no means support their position, I can understand their perspective that if they accept something as okay that they do not personally believe or goes against their teachings, it must be fought against. Alternatively, that it somehow diminishes their standing in the world…. that somehow the concept of what it means to be Jewish is diminished in their eyes. This was a similar argument people had when they fought against same-sex marriage. By letting same-sex people marry, the word marriage was cheapened or somehow devalued.

It is unclear at this point how this decision will affect Jewish life outside of Israel. We will have to wait and see. However, it will be important to continue to watch how this influences other future decisions pertaining to “Who is a Jew” in Israel.

Thankfully, this is not something that people need to worry about here in the greater San Gabriel and Pomona Valleys. The Jewish Federation is continuing to explore ways that we can ensure that our community is as inclusive as we possibly can make it. I want people to feel comfortable, welcome, and safe because I know that is what I would hope for in a community I was looking to become a part of.

After all, it was Rabbi Hillel, who taught, when asked to teach someone the entire Torah, he said “What is hateful to you, do not do to your neighbor. That is the whole Torah; the rest is the explanation of this—go and study it!"