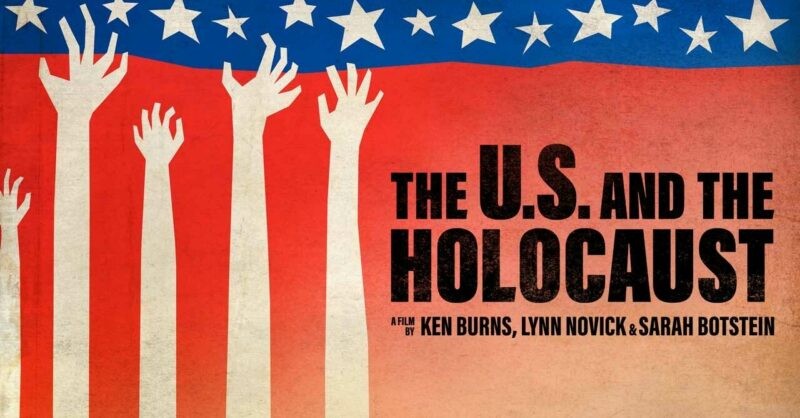 In my column last week, I discussed the Jewish tradition of using these few weeks leading up to the start of the High Holy Days to look back at how we lived, acted, carried ourselves, etc., since last year's High Holy Days. By doing this, we have the opportunity to return to our true selves and how we are capable of being in the year ahead. You can click here to read last week's column if you did not get a chance to read it.

While it may be a coincidence, I think the timing of the upcoming 3-part documentary series The US and the Holocaust (premiers on Sunday, Sept. 18 on PBS) is providing our country an opportunity to reflect on our past to learn from it in order to become better.

Directed and produced by Ken Burns, Lynn Novick, and Sarah Botstein (creators of the ten-part documentary series The Vietnam War) explores how, confronted with one of the greatest humanitarian crises of the 20th century, the United States responded. The series features first-person accounts, testimonials from Holocaust survivors and witnesses, and interviews with leading historians and writers. In addition, it explores whether a country that sees itself as a good and just nation lived up to its own ideals.

To me, the most exciting thing is that this documentary has an accompanying curriculum, created in partnership between PBS Learning Media and leading Holocaust education experts, for middle and high school teachers to educate their students further on this subject. They have also scheduled two-hour-long discussions on Thursdays, Sept. 8 and 15, with the filmmakers and special guests to delve deeper into how past events can shape our view of the present.

In one of the trailers, you can hear Burns say, "My colleagues and I have been making documentaries for over 40 years. Our next film is one of the most important we've ever worked on. I won't work on a more important film in my professional life." I want you to think about that for a moment and then pair it with the comments of Dana Bash, who researched, developed, and hosted CNN's "Rising Hate: Antisemitism in America," when she said, "(the special) was one of the most important things I've ever done."

I share both of these quotes because these two leaders in their field understand that they have a role that they can and need to play in helping to reduce the amount of hatred in the world. And that is to use their platforms to help educate mainstream America. We also have a part to play. We all need to make sure people know about this documentary series and encourage people to watch it. This includes ensuring your children's (and grandchildren's) schools are aware of it. This is the platform we can use to help educate more people, especially in the current climate of hatred we find ourselves in today.

It was George Santayana, in his 1905 book The Life of Reason: The Phases of Human Progress, who stated, "Those who cannot remember the past are condemned to repeat it." This led to many paraphrased versions of this, including Winston Churchill's "Those that fail to learn from history, are doomed to repeat it."

I am hopeful that not only will people tune in to watch the documentary, but they will not only see it as a historical event but also that there are lessons to be learned and applied today. And by doing so, our nation has the opportunity to start becoming a better version of itself as we head into 5783.