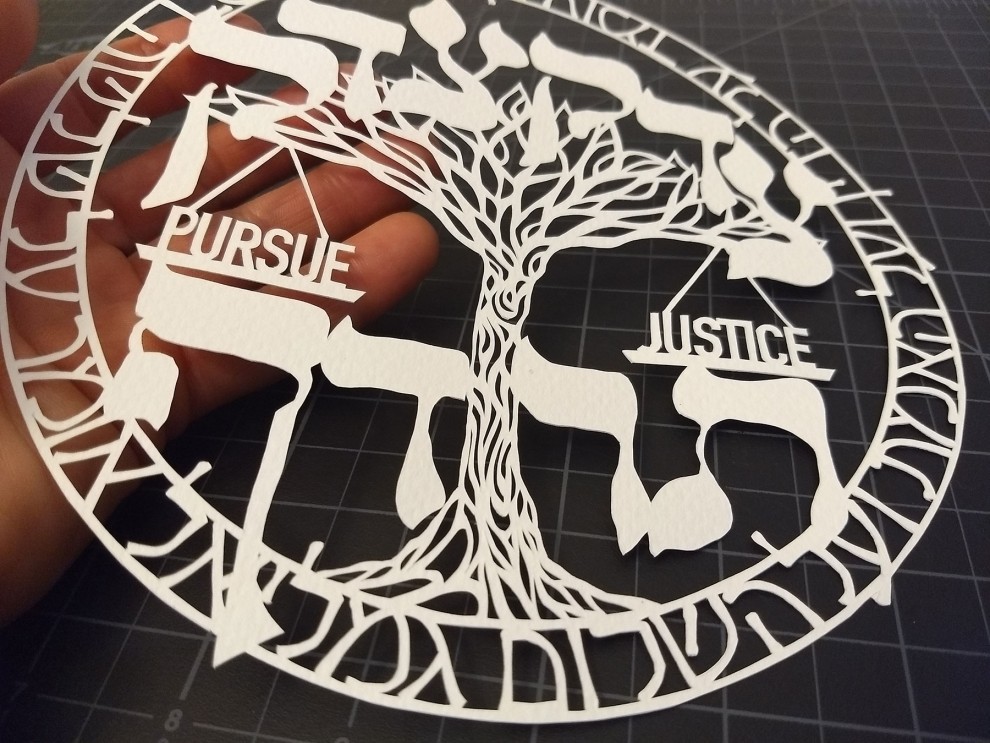 I have never really had an “ear” for languages. When I was growing up, I began Hebrew School in 3rd grade and although we were being taught conversational Hebrew, I never really could get the hang of it. The same thing when I was in college and I took two semesters of Hebrew, but it never stuck. However, what always fascinated me for some reason were root words. I loved how one Hebrew root could derive so many words with similar meanings. Take for instance Tzedek. While the word itself means justice, other words with the same root letters have related meanings. The word tzaddik means a righteous person. And although tzedakah usually refers to charity, it actually means righteousness. Or to describe it a different way, Jews are commanded to give tzedakah because it is the right or just thing to do to help others in need.

I have been thinking about this root a lot these last several days following the Supreme Court’s rulings from last week, and more specifically a specific phrase found in the Torah from the Torah. In Deuteronomy 16:20, we find the phrase Tzedek, tzedek tirdof. It means “Justice, justice shall you pursue.”

This idea of pursuing what is just… what is right is at the very core of what Judaism is all about.

In a Torah commentary about Shoftim, the Torah portion that this teaching is found, Rabbi Bradley Artson  (Dean of the Ziegler School of Rabbinic Studies at American Jewish University) articulates that justice is one of the eternal religious obligations of Judaism and that “one cannot claim to love G-d and not be passionate about justice.”

I believe it is one of the many reasons that so many Jews, as well as a large majority of Americans were up in arms with the reversal of Roe v. Wade. This decision by the Supreme Court flies in the face of what Jews believe is more than just unfair… it is unjust… it is wrong. In fact, it is not only wrong but it is an infringement on Jewish beliefs.

You may be asking what you can do? There are a few options right now. First, make sure you understand the Jewish view on abortion. Here are two great resources – MyJewishLearning and JewishVirtualLibrary for you to reference and explore. Second, consider donating to organizations like National Council for Jewish Women or other organizations who are doing what they can to fight for this cause. And lastly, you can join the Jewish movement for abortion access.

Whatever you decide to do, or how you choose to engage to fight not just for this cause but others that are unjust, know you are doing so as part of a long history and rooted in Judaism. Continue to seek justice and pursue. And one final note, please remember the words of Rabbi Tarfon found in Pirkei Avot that say, “It is not your responsibility to finish the work, but neither are you free to desist from it.”