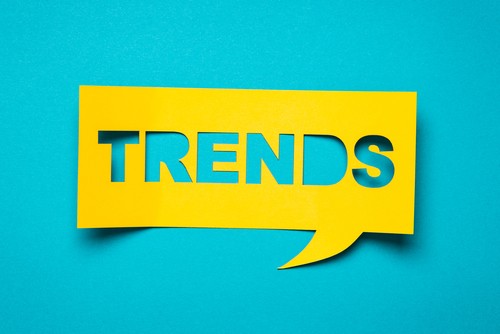 Trends can be a powerful thing. They can motivate people to do things they might normally not do. Take for instance these following trends: parachute pants or bell-bottoms, SWATCH watches, Beanie Babies, Harry Potter, everything pumpkin flavored, Emojis, mood rings… the list could go on and on. Usually, society tends to get excited about something not only because it is trendy, but more so because they want to fit in. Sometimes trends can do good… as an example with Harry Potter. What many people may not be aware of is that when the Harry Potter books began coming out, kids would spend hours upon hours reading. In fact, in my opinion, that series single-handedly not only made reading cool again for kids but sparked an entirely new genre of books that still has kids motivated to read.

However, trends can also be powerfully horrific. Sadly, our country is currently in the throes of one of those deadly trends now with what feels like daily mass shootings.  The problem with a trend is that it can last for a very long time and there is no way to know what will cause it to end. Trends tend to take on a life of their own and are totally unpredictable in the technological and social media age we find ourselves in today. Unlike a fashion trend that usually has a short “shelf life”, this mass shooting trend has continued to grow and become more pervasive than I think anyone could have expected.

The challenge for us is that we are not the ones “following” the trend… we are the victims. We need to figure out how to influence those who are cultivating, encouraging, and carrying out these mass shootings to stop. Regrettably, many of these perpetrators are being influenced and encouraged by people with similar thoughts and ideals. And these same people have glorified…even deified past mass shooters, which has influenced others' decisions to commit similar crimes.

While I know that some people feel that more gun legislation is going to do it, as I have indicated in a previous column, I am afraid that passing new laws is not enough. There needs to be a coordinated, comprehensive, and multifaceted approach that will take years to develop, implement, and deploy before this trend goes away. And, as our tradition teaches, although we may not be able to finish the task ahead of us, we still have an obligation to do what we can to bring about its completion.

Like many of you, we send our thoughts and prayers to the victims and loved ones whose lives have been forever changed due to all of the senseless violence these last several years. I believe it is time for all of us to start praying a different way for this trend to end. Instead of “only” using our words and thoughts, we need to act and follow in the footsteps of Rabbi Abraham Joshua Heschel who famously said, following his participation in the 1965 Selma March with Rev. Martin Luther King, Jr., “I felt my feet were praying.”