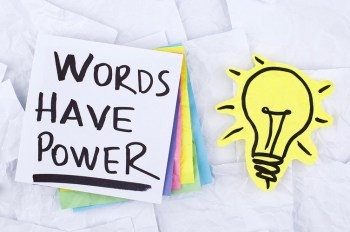 Hard to believe that Superbowl Sunday is almost here. While I am saddened that I won’t be able to cheer on my San Francisco 49ers since the Rams beat them to make it to this Sunday’s game, I am still looking forward to the game. The anticipation for the game is palpable around town with the game taking place at SoFi Stadium in Inglewood. Whoever you are rooting for, I hope you enjoy it.

Now on to something entirely different… the Amnesty International UK’s report on Israel that came out exactly one week ago.

As you might expect, the Jewish world was up in arms over this extremely damning, one-sided “investigation” into how Israel treats the Palestinians. Before I further comment on it, I think it is important to remind all of us about the timing of the report. As antisemitism and anti-Israel sentiment has dramatically increased over the last several years, this report adds more fuel to the fire. Although been on the rise

When we make choices in the words we use, we do so because we know that certain words carry an extra “meaning” or intent. It is for this reason that Amnesty International UK used the word “apartheid.” They have not been the first to use this word to describe Israel but they have been the latest to do so. They did it because they knew that not only would it draw more attention to their report, but it would continue to try and compare Israel’s actions to those of the Afrikaners in South Africa. And by doing so, this would further isolate Israel and the support the country receives. Plus, the report clearly delegitimizes Israel's right to exist.

Yesterday, the Jewish Federation of North America sent a letter to UN Security-General Antonio Guterres yesterday, on behalf of 172 Jewish Federations (including our Jewish Federation) and Jewish Community Relations Councils, expressing our concern and urging him and the UN not to use the one-sided report as the UN Human Rights Council often does to “levy an excessive number of accusations at Israel.”

However, in my mind a report like this and the message it sends only adds more fuel to the fire of how people view Jews because of the perceived direct connection between Jews and Israel, irrelevant of the fact that not all Jews are supportive of how Israel handles situations when it comes to Palestinians. It is why in commenting on this report and letter, Mark Wilf, Chair of the Board of Trustees for The Jewish Federations of North America stated, “Such rhetoric adds insult to injury at a time when the Jewish community has seen an escalation in antisemitic attacks, and will further embolden extremist currents.”

At a time when the Jewish community does not feel as safe as it used to, a report like this does nothing to ease or diminish this concern. Sadly, I fear that this report will only exacerbate the situation. I am hopeful that as more countries like the US, Germany, and Australia condemn the report, other nations won’t remain silent and will continue to stand with Israel.