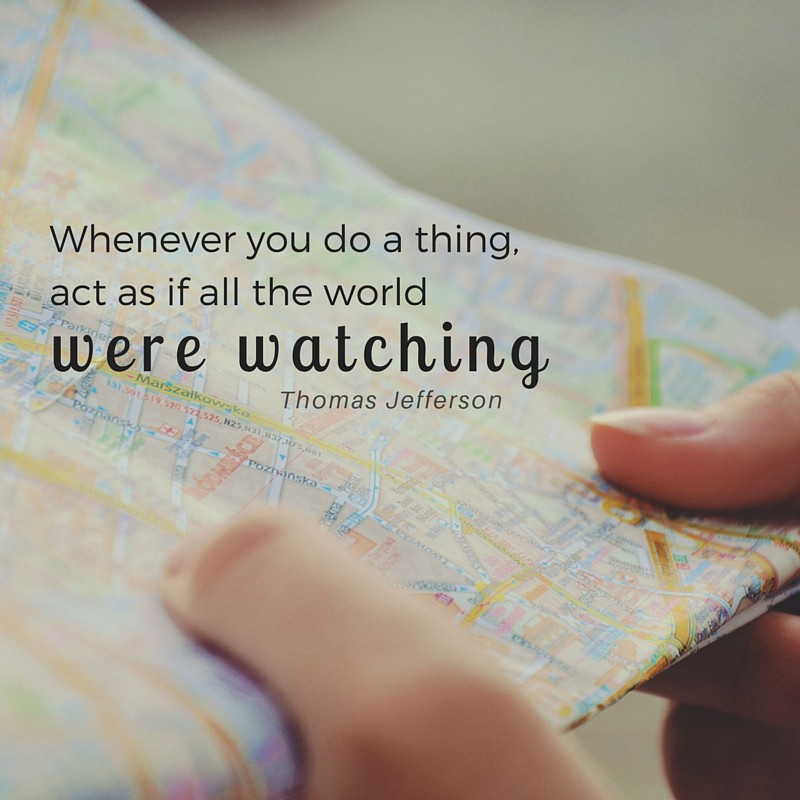 When Michael Josephson was doing his daily segments on KNX 1070 around anecdotes that were meant to remind us to do good, he would always end them “This is Michael Josephson reminding you that character counts.” I used to love hearing these missives because they were good reminders of the importance of not just having character, but also that it matters. When I say that character matters, I do not mean for the people one interacts with (although it is important), but rather for one’s own self.

I have been thinking about this idea of one’s character a lot these days. Or, more specifically, how I wish more people were concerned about their own personal character instead of how others act.

The importance of one having and leading with integrity… character… has never been more important than it feels right now. While some might be reading into this as a reference to our political leaders, I am actually referring to all of us.

You see, if we made sure the decisions we make on a day-to-day basis were guided by our character and were focused on the impact they have on others, instead of on ourselves, I truly believe that we would be handling the COVID situation much better. Plus we would be better able to deal with and manage the other challenges we have been facing as a society.

Please understand… I am not saying that our society is morally corrupt because I believe that this is not the case. Rather, I wish more people would exhibit and be concerned with their own personal integrity because I feel that much of what we are seeing or reading about in the news would be very different since their choices do affect others.

The hard truth is, as I always tell my daughters, you cannot control other people. We can only control ourselves. And while we may justify our actions based on what others do, it is irrelevant if those choices go against our own integrity.

So, as we embark on another week, keep these ideas in mind and “remember that character counts.”