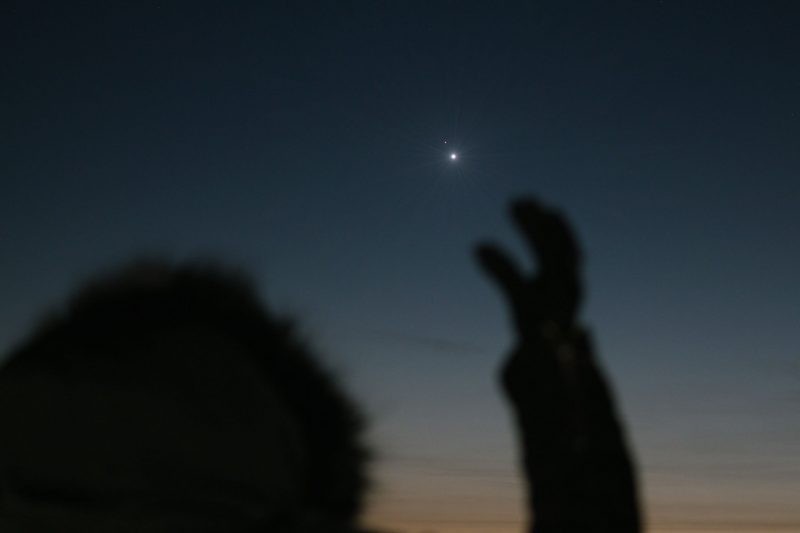 Did you see it last night? The “it” I am talking about was the conjunction between Jupiter and Saturn – the phenomenon that had not happened since the Middle Ages in March 4, 1226. And, while NASA said it was just a coincidence that it occurred on the Winter Solstice, it is pretty remarkable. Anytime we get to witness something that has not happened for almost 800 years is amazing. Add in the fact that it happened in a year that so much has happened, in some ways, is a fitting end to 2020.

What it also shows is that beauty can be viewed and experienced even in the midst of chaos. Just like the pictures we have been seeing as people are receiving the first doses of the COVID vaccine. As one doctor in Houston mentioned as he opened a box of vaccines that were delivered, “It’s like holding liquid gold.” This euphoria is tempered for so many of those getting injected because they have treated and cared for so many who have suffered from COVID. You can sense the feelings of relief and optimism emanating from their faces… all while knowing that so many people continue to suffer as COVID continues to infect thousands and thousands all over the world. And, they are in awe and know that they are one of the lucky ones. It is why so many had tears in their eyes after.

What transpired when the CDC and the FDA approved both Pfizer’s and Moderna’s vaccines is something truly breathtaking. Prior to 2015, when a vaccine for the Zika outbreak was developed for testing in just about seven months but wasn’t needed because the epidemic fizzled out, it was very rare for a vaccine to be developed in five years. What scientists were able to do by developing the vaccines is very much a modern scientific marvel. And the fact that we are alive to not just experience it but to watch its lasting impact on the world is something to appreciate.

I know that these are two very different kinds of monumental events… one is something developed by man, while the other has been in development for thousands of years without any human involvement whatsoever. And one of these events will save tens even hundreds of thousands of lives, while the other is pretty cool to have seen. Yet, both can be appreciated and awe-inspiring for what they are.

I hope you have a wonderful week.