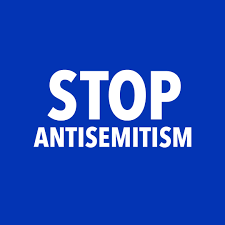 Never in my professional career have I dealt with or seen the amount of coverage surrounding antisemitism more than I have in the last several months. From the national reports on trends we are seeing to the very public displays of antisemitism and hatred, hatred has never been at the forefront of society more than it is right now. And yet, even in light of this, I am both encouraged and buoyed by what I have seen as of late.

The attention antisemitism is getting in the national media and from influential leaders who prioritize it is exciting and uplifting. As an example, as I hope you heard last week, Doug Emhoff (the 2nd Gentleman) convened a roundtable at the White House with some leading voices to begin developing a strategy to counteracting what Emhoff called “An epidemic of hate.” The people and organizations invited to participate are precisely who I had hoped would be at the table. Those in attendance included leaders from more than a dozen Jewish groups (i.e., ADL, Hillel, leaders from all religious movements, and others), as well as a wide range of administration officials, including White House Domestic Policy Adviser Susan Rice, and Special Envoy to Monitor and Combat Antisemitism Ambassador Deborah Lipstadt. While it is unclear at this point what steps will come from this initial meeting, the fact that it took place is a big deal, and it should give us some hope that a strategic, coordinated effort may soon follow.

Another example took place last week as well but did not get the kind of publicity or coverage that it should have gotten. Municipal leaders from more than 50 cities and 23 countries convened in Athens, Greece, for the second-annual Mayors Summit Against Antisemitism, and the mayors in attendance signed a joint declaration underscoring their commitment to “fighting antisemitism in all its manifestations with a cities-oriented approach” in realms including education, law enforcement, and interfaith relations, among others, and expressing support for the use of the International Holocaust Remembrance Alliance (IHRA) Working Definition of Antisemitism as a “guide and educational tool.” The summit also featured a new six-point action plan for mayors to take back and implement in their respective cities.

These are just two examples of civic leaders doing what they can to start addressing the antisemitism crisis we face today. I’m sure that there are even more examples like these currently being discussed, developed, and thought about daily. And that is what is giving me hope.

As I end my weekly column today, I would be remiss if I did not take a moment and share that all the Jewish Federation has been able to accomplish in 2022 has been made possible through the support of community members like you. Sometimes we cannot see, touch, taste, feel, or know the impact our work has in helping to connect people to our Jewish community. However, it is making a profound impact because community members continue to tell me personally.

As you consider any end-of-year giving you may decide to give, I hope you will consider donating to the Jewish Federation of the Greater San Gabriel and Pomona Valleys and click the ad below.