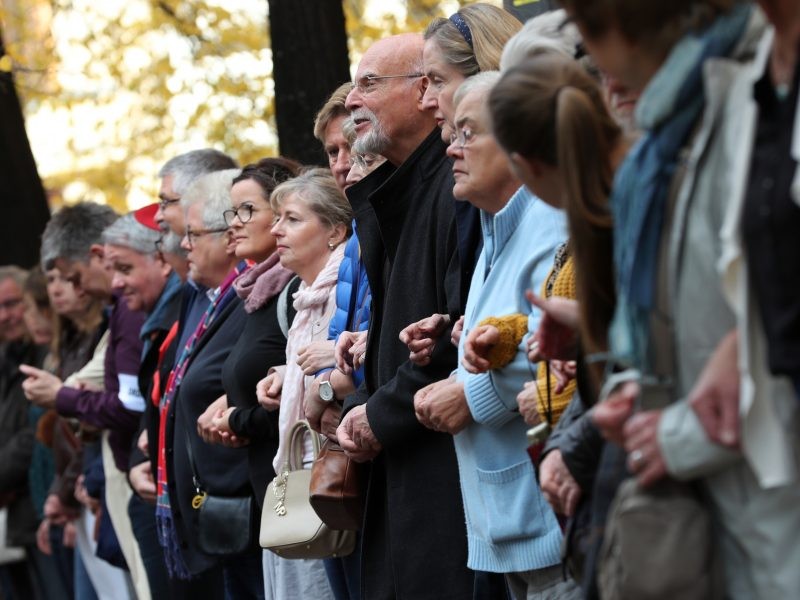 To say that it has been a year that none of us will ever forget, even though many of us would like to erase it and never think about it again, would be an understatement. It has not just been the Pandemic, but all of the other events, trends, etc. that have occurred in the background that has added to the emotions we have felt as of late.

I bring this idea up as context for this week’s message.

As I am sure you are aware, recent studies have shown that incidents of hate and targeted attacks have risen to levels not seen for at least fifty-plus years, including a significant rise of antisemitism. The Anti-Defamation League just shared the results from their annual survey that found that a quarter of American Jews have personally experienced antisemitism in the last five years and 63% of Jewish responders that they either witnessed or experienced antisemitism within the last five years. In addition, 40% of respondents said they heard antisemitic comments directed at someone else over the past year. Some 59% of respondents said they feel Jews are less safe in the United States than they were a decade ago, similar to the figure from last year’s survey.

These numbers are staggering and hard to imagine in a country such as the United States. However, it is important to remember that it is not only the Jewish community that is being confronted with these kinds of incidents. Our airwaves and screens have been sharing with us images and news of similar incidents that have targeted members of the Asian American Pacific Islander community.

It is why I reached out and contacted all of our local city mayors last week to encourage them to sign onto Mayors United Against Antisemitism, a joint initiative between the American Jewish Committee and the U.S. Conference of Mayors. I encouraged our local city leaders to join 500+ mayors from all across the US to join in declaring unequivocally that antisemitism is incompatible with the democratic values that are at the very bedrock of our society.

Standing up and fighting against any form of hatred must occur not only by our civic leaders but also by each and every one of us. We need to call hatred out for what it is every time we see it.

It was Nelson Mandela who famously said, “No one is born hating another person because of the color of his skin, or his background, or his religion. People must learn to hate, and if they can learn to hate, they can be taught to love, for love comes more naturally to the human heart than its opposite.”

We need to do this, not because of our past history (although it is a perfect time for us to take our own pledge with Yom Hashoah (Holocaust Remembrance Day) beginning tomorrow night (April 7) through Thursday (April 8)), but rather because it is the decent and right thing to do as a human being.