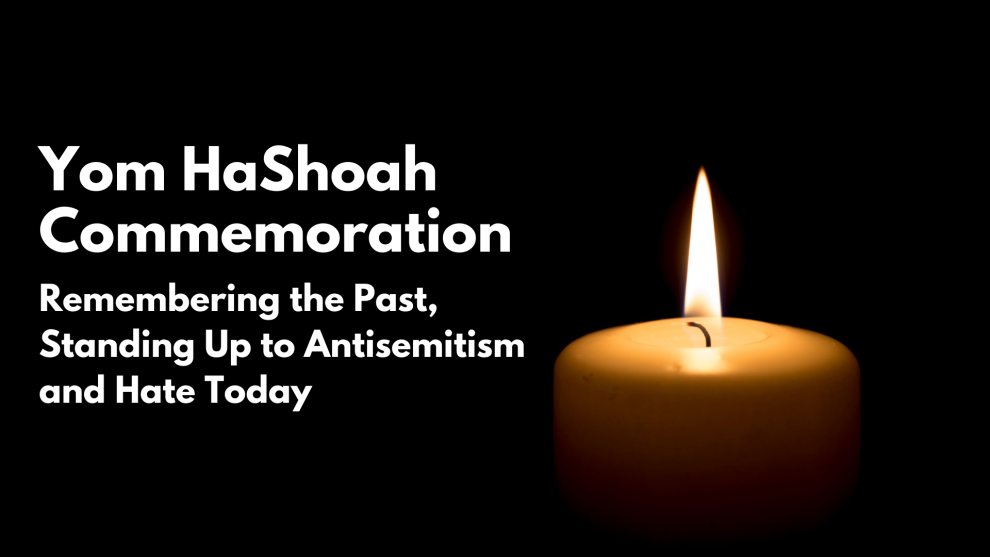 I hope your Passover has gone well for you thus far. Although we are only at the halfway point of the holiday, I want to turn my attention to the next event on our calendar… Yom HaShoah. This year’s Holocaust commemoration will begin next Wednesday, April 27 at sundown and run through Thursday, April 28.

I bring this up because last night the Jewish Federation once again partnered with the Pasadena Playhouse for our annual Holocaust staged play reading with the performance of The Diary of Anne Frank. This partnership began in 2017 when the two organizations presented Righteous by Jeff Cohen as part of the Holocaust Remembrance Play Readings, sponsored internationally by the National Jewish Theater Foundation and its Holocaust Theater International Initiative. This year marks the 7th annual Holocaust Remembrance Play Readings. This annual event invites Holocaust organizations, theater companies, libraries, schools and universities, places of worship, JCC, Hillel, educators, artists, and the general public from around the world to use the power of theater to commemorate the Holocaust.

As I sat and watched our JFed Players perform, I was struck by something I had said in my opening remarks at the event. Besides thanking the Pasadena Playhouse for this continued partnership, especially in light of the hatred, we are witnessing in the world right now, I briefly touched on Anne’s life. Here is what I shared:

For so many, Anne Frank is the face of the Holocaust and her diary continues to help students learn about the horrors of the Holocaust as seen through the eyes of someone their own age. It was almost 80 years ago to the month that this 13-year old girl, living in Amsterdam, sat down and wrote her first entry in a diary that would become one of the most widely read books in the entire world, translated into more than 70 languages, and made her one of the most famous young authors of all-time.

Many middle and high school students first introduction to learning about the horrors of the Holocaust is seeing it through the eyes of Anne Frank as they read her diary. While other books provide darker accounts of life for Jews inside the concentration camps like Night by Elie Wiesel or Primo Levi’s Survival in Auschwitz, Anne captures the conveys the emotion of what it was like for many Jews who were living in hiding, while also providing insight as a Jewish teen living in Europe.

As we approach Yom HaShoah this year, I encourage you to do something over these next several days to remember those that perished during the Holocaust. In fact, consider re-reading A Diary of a Young Girl or any number of other Holocaust books. Or, plan to attend any of the Holocaust commemorations taking place around Southern California. This is our responsibility to help the world to remember.