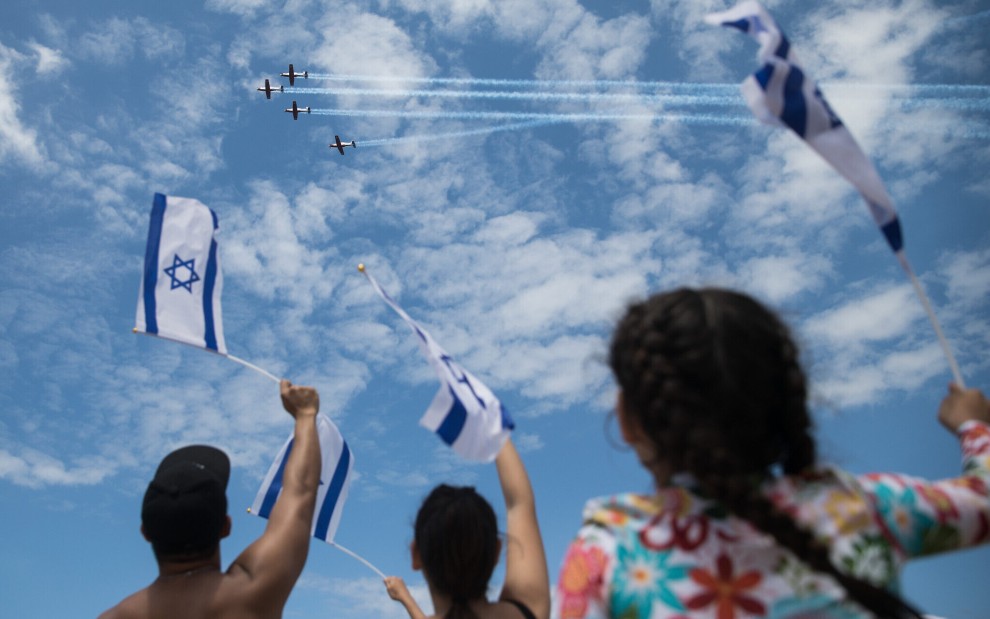 I distinctly remember each of the three times I was there. The smells, the sounds, and the sites are still very fresh in mind. And each time holds a different memory and connection for me because during each visit I had a different perspective and understanding of this place. If you have not already guessed… I am talking about Israel.

Israel has had a unique place within the hearts, minds, and souls of Jews even before it was established as a country 73 years ago this Wednesday night. For many, it was longed for as an ideal… a dream that became a reality right before our collective eyes. It was established to be a Jewish homeland and a place where Jews from all over the diaspora could “return to.” It is the birthplace of our religion, as well as Christianity and Islam, but no religion, or a people has a deeper connection to the land than Jews.

Even with these deep roots and pull, Jews have felt torn by this dichotomy of it being our ancestral homeland and the vast majority of Jews choosing not to live there. However, it is the desire of most Jews to travel to and visit Israel at least once in their lives.

You will notice that I have not even brought up the political or social issues that have caused an even greater struggle for Jews – both internally and externally. There has never been a country that has been more befitting of its name than Israel. Israel’s name means “wrestles with G-d.” Over the years I have personally wrestled with my own thoughts, perspectives, and ideas about Israel, and that push/pull feeling continues even today. As an American Jew, do I have a right to be critical of a government that does not represent me and yet does? Can I still be steadfast in my support of Israel even when I don’t agree and/or are troubled by the decisions its leaders make? And so many other questions that often make my head spin.

And yet, as we get ready to celebrate Israel’s Independence Day (Yom Ha’atzmaut), I continue to be amazed and in awe of the incredible impact the country continues to have on society as we know it.

For a long time, Israel was only portrayed through the lens surrounding violence and the peace process, and then a number of years ago along came Israel 21c. This news service organization was established to promote the incredible medical, environmental, and technological advances coming out of this little country that is roughly the same size as our greater San Gabriel and Pomona Valleys. Their goal was to show Israel in a different light to highlight how Israel is making our world a better place for everyone through its breakthroughs.

Over the next few days, I encourage you to explore not only your personal connection to Israel, but also do something that celebrates Israel – try an Israeli recipe, watch an Israeli show, take a virtual tour of Israel, learn about Israel’s past and present, or listen to some wonderful Israeli music.

However you chose to celebrate this occasion, it is important to remember and appreciate that while Israel isn’t perfect, we can still take pride in knowing that our world is better because 73 years ago people like David Ben-Gurion and Golda Meir signed the Israeli Declaration of Independence thus fulfilling Theodore Herzl’s prophetic words “If you will it, it is no dream.”